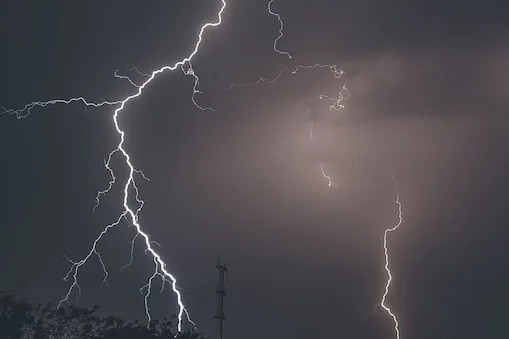 The monsoon has brought respite to those living in the northern parts of India. However, the weather which has brought relief to many people from the scorching heat has turned out to be quite tragic in Bihar’s Rohtas district. Five people lost their lives due to lightning in the Shivsagar area of the district in the last 24 hours. Two people were killed on Saturday, while three lost their lives on Sunday.

The three people who were killed in the tragedy include a man, a woman and a child. Suresh Singh, 55, who is a resident of Singhampura village, had taken his cattle for grazing when he was killed in a lightning strike. He died on the spot. The other two killed have been identified as 14-year-old Bittoo Kumar who was working at his guava farm in Alampur village when the incident happened. Sangeeta Kumari, 18, was busy with her paddy planting work at a farm in her village Sikandarpur when she was hit by lightning.

Three other women are also in critical condition after being struck by lightning. All of them are presently admitted at a trauma centre in Sadar Hospital, Sasaram, where they are undergoing the treatment. The state is bearing the cost of the treatment of those people who have been injured due to the lightning.

Manoj Kumar, the sub-divisional officer (SDO), is making efforts to ensure that the families receive the compensation. It has been raining continuously in Bihar. Many districts in the state have been flooded and lives lost as tragedy strikes once again during the monsoon season.

Apart from Bihar, many states in north India reported rain-related deaths. In Rajasthan,

23 people have been killed because of lightning strikes in different parts of the state. The Disaster Management and Relief Department, have confirmed deaths in the districts of Kota, Jhalawar, Baran, Dholpur, Sawai Madhopur and Tonk. The authorities said 27 people have been injured due to the lightning.

Close to 70 people in Uttar Pradesh and Rajasthan have succumbed to deaths after being hit by lightning. Bihar has reported the maximum number of deaths due to lightning between April 1, 2020 and March 31, 2021. As many as 401 people were killed in the state during this period.