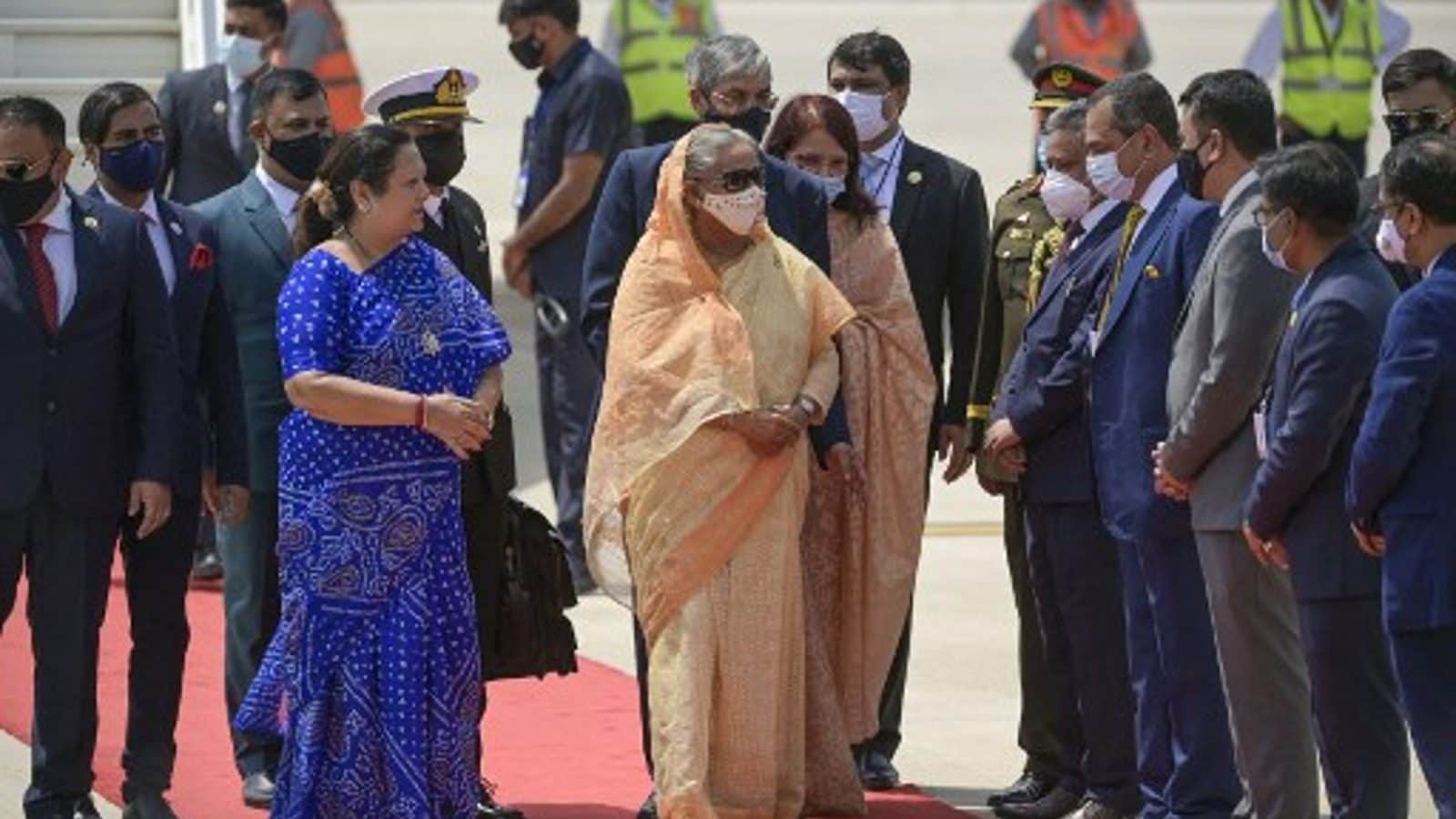 Bangladesh Prime Minister Sheikh Hasina arrived in New Delhi on Monday for a four-day state visit to India to meet the country’s top leadership to further cement the multifaceted relationship between the two countries. During her visit, the Bangladesh Prime Minister is scheduled to ink at least seven bilateral agreements in areas like water management, railway and science and technology.

Agenda of the Visit

This is a state visit as Hasina is in India at the invitation of her Indian counterpart Narendra Modi, Bangladesh foreign minister Dr AK Abdul Momen told media on Sunday.

Issues on top of the agenda are upgrading defence cooperation, expanding regional connectivity initiatives and establishing stability in South Asia.

Momen, who is also accompanying Hasina to India, said the agreements expected to be inked during the visit would be on water management, railway, science and technology, and information and broadcasting.

Furthermore, the two sides are expected to ink an agreement on interim sharing of water of the Kushiyara River during Hasina’s visit.

The Bangladeshi PM is also likely to travel to Ajmer in Rajasthan to visit the Dargah of revered Sufi saint Moinuddin Chishti.

External Affairs Minister S Jaishankar will also call on PM Hasina during her visit to New Delhi. This visit is her first visit after both nations’ bilateral relations touched their 50th year in 2021.

Prime Minister Narendra Modi visited Bangladesh last year, when the country marked the 50th anniversary of its independence, and the 100th birth anniversary of Sheikh Mujibur Rahman, the founding father of the nation. Maitri Diwas celebrations were held in 20 capitals around the world including Delhi and Dhaka. Prime Ministers of both countries have met 12 times since 2015.

India and Bangladesh have sought to create a model for regional cooperation besides reviving several connectivity initiatives over the last few years.

Last month, India and Bangladesh finalised the text of the agreement on the interim sharing of river waters. The text of the memorandum of understanding (MoU) was finalised at the 38th ministerial-level meeting of the India-Bangladesh Joint Rivers Commission (JRC) held in Delhi on August 25. The commission was constituted in 1972 as a bilateral mechanism to address issues of mutual interest on common rivers.

The Akhaura-Agartala rail link between the two country is also scheduled to reopen soon, and it is anticipated that Agartala and Chittagong will be connected by air in a few weeks.

Bangladesh is an important partner under India’s “Neighbourhood First” policy. The cooperation extends to all fields including security, trade and commerce, power and energy, transport and connectivity, science and technology, defence, rivers, and maritime affairs among others.

Bangladesh is now India’s biggest trade partner in South Asia, and the bilateral trade between the two countries have grown from USD 9 billion to USD 18 billion in the last five years.

Bangladesh has become the fourth largest export destination for India with a growth of over 66 per cent from USD 9.69 billion in FY 2020-21 to USD 16.15 billion in FY 2021-22. Despite the Covid pandemic, both countries were able to achieve progress on important connectivity initiatives.

(With inputs from ANI and PTI)