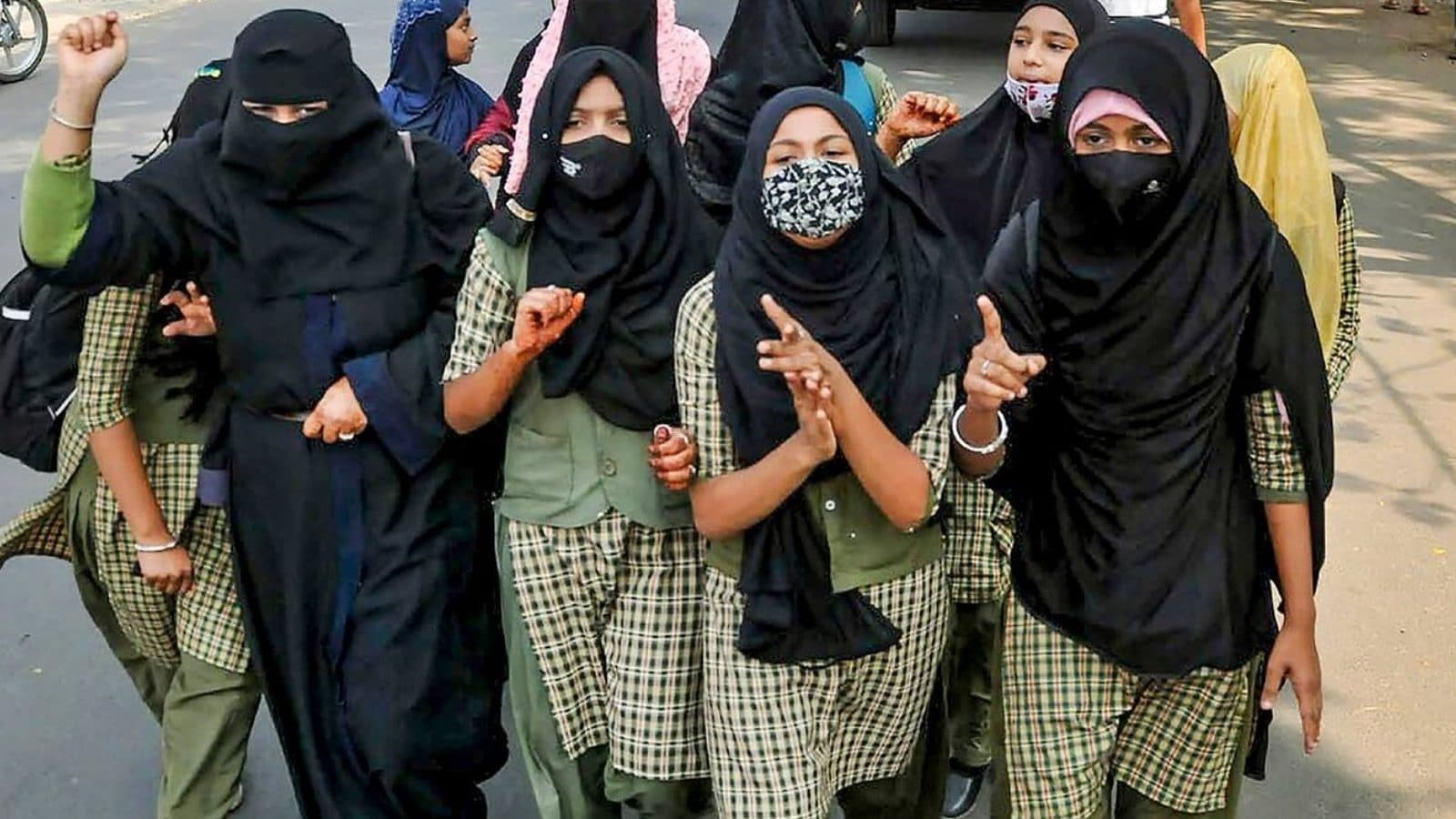 Hijab is only restricted in classrooms and not on campus or in school buses or transport, said Karnataka Advocate General Prabhuling Navadgi before the Supreme Court on Wednesday, which was hearing appeals challenging the state high court order restricting wearing of any kind of religious attire in educational institutions.

“Right to wear a dress as part of expression can’t be readily given by merely asking. We have not prohibited hijab outside, and there is no restriction on wearing it in school transport. There’s no restriction even on the school campus and the nature of restriction is only inside the classroom,” said Navadgi while addressing submissions before a bench headed by Justice Hemant Gupta and Sudhanshu Dhulia.

Leading arguments on behalf of the government, the Advocate General hinted at the role of organisations like Popular Front of India (PFI) saying that “there were some groups which were actively associated…”

“I don’t want to import personal knowledge but as a citizen I was a witness. It wasn’t case of single student but it was a group of students banging the gate of school vociferously. It was a ripple effect. It was in Udupi and then in Kundapura. We had children not attending classes… the ground reality was something else. It has never happened in Karnataka. There were some groups which actively associated themselves. Thus, the action of state must also be looked from this angle,” said Navadgi.

During the course of hearing, the SC also asked the Advocate General to submit the charge sheet disclosing the role of PFI in the hijab agitations that took place in various districts of Karnataka.

The court also questioned the AG on the aspect of petitioner’s arguments that whatever is mentioned in Quran is a word of the God and is mandatory.

This court in various judgments has said “every word in the Quran may be religious but it isn’t necessary that its essential”, Navadgi responded while adding that there is no absolute freedom and every freedom can be restricted.

While defending the judgment passed by the Karnataka High Court banning religious attires inside educational institutions, the state government had told the Supreme Court on Tuesday that hijab is not an essential practice and women in constitutionally Islamic countries are protesting it.

“There are countries which are constitutionally Islamic in nature, even there, women are protesting against hijab,” said Solicitor General Tushar Mehta appearing for the Karnataka government.

The court then questioned which country is he referring to. Mehta responded, “Iran. So, it is not an essential religious practice. A mere mention in Quran will not make it essential, it may be a permissible or ideal practice.”

On March 15 this year, the Karnataka High Court pronouncing its verdict dismissed a batch of petitions pertaining to the hijab controversy held that the Quranic injunctions don’t mandate the wearing of a hijab.

“The Holy Quran does not mandate wearing of hijab or headgear for Muslim women. Whatever is stated in the sūras, we say, is only a directory, because of the absence of prescription of penalty or penance for not wearing a hijab, the linguistic structure of verses supports this view. This apparel at the most is a means to gain access to public places and not a religious end in itself. It was enablement and not measure of women a figurative constraint,” said a three-judge bench headed by Chief Justice Rituraj Awasthi.

The bench also comprising Justices Krishna S Dixit and JM Khazi had further quoted Dr BR Ambedkar to say that hijab or any kind of similar practice may hinder the process of emancipation of women in general and Muslim women in particular.

“What the Chief Architect of our Constitution observed more than half a century ago about the purdah practice equally applies to wearing of hijab there is a lot of scope for the argument that insistence on wearing of purdah, veil, or headgear in any community may hinder the process of emancipation of woman in general and Muslim woman in particular,” it said.

The court further held that this militates against our constitutional spirit of ‘equal opportunity’ of ‘public participation and positive secularism’.

“Prescription of school dress code to the exclusion of hijab, bhagwa, or any other apparel symbolic of religion can be a step forward in the direction of emancipation and more particularly to the access to education. It hardly needs to be stated that this does not rob off the autonomy of women or their right to education inasmuch as they can wear any apparel of their choice outside the classroom,” the order read.