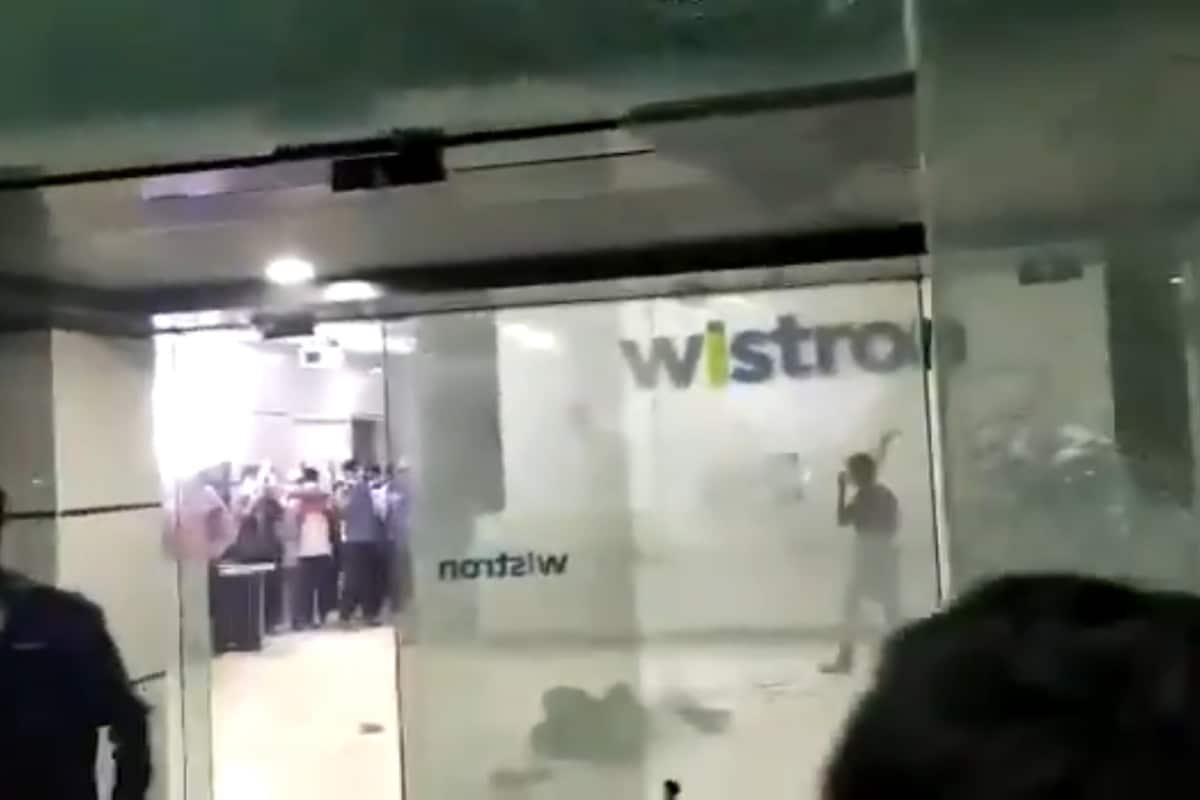 The workers unrest at the Wistron iPhone making facility in Kolar, about 80 km from IT capital Bengaluru, took a political turn on Wednesday with the arrest of the local president of the Students’ federation of India (SFI).

Comrade Srikanth, taluk president of SFI in Kolar, was picked up in connection with the violence that broke out at the Wistron factory in Narasapura early Saturday morning.

Hundreds of workers went on a rampage damaging property and vehicles and equipment in a flash strike on Saturday, alleging they are not being paid on time and are being underpaid for the hours they put in.

Government officials also told News18 that there was, indeed, a mismatch in workers pay and number of hours put in. They said that preliminary investigation points at workers not getting their due.

The company workforce has gone up from 1,500 to 12,000 in three months and while officials said there may have been hiccups because of the sudden recruitments, there were attempts to sort this out. They said workers were mostly hired on contract through seven different contract agencies.

Apple, for whom this factory was producing various parts, is also doing a parallel enquiry into the unprecedented incident of worker unrest and allegations of payments being delayed.

Wistron in a statement on Tuesday said it will work with the state government to resume plant operations at the earlier and also looks forward to continue with its expansion plans despite the incident.

The arrest of Srikanth on Wednesday came just a day after the district lawmaker S Muniswamy of the BJP alleged that the SFI was behind the violence.

“Communist Student Wing #SFI is behind Apple plant violence in Bengaluru”: Kolar MPLocal SFI President is arrested in connection with the riot.Left ideology was always towards destruction & pulling down harmony in the society!#Apple #Wistron https://t.co/P9GqcEpcpj

“We don’t care who it is, we will take action because this is about our district’s future. About 6,000 acres have been allotted for industries here. So when companies set up here, such organization like SFI are trying to scare them and dissuade them from investing here. We have all the footage and evidence on CCTV. I have told the SP and district authorities to take strong action against them. Those innocent should be spared but anyone guilty must be punished. There is no compromise on that,” he told the media Monday evening.

Srikanth’s arrest has set off a political battle in social media, with the Akhila Bharatiya Vidyarthi Parishad, the student wing of the ruling BJP, taking potshots at the Left parties. The ABVP stated in a social media post that saying that the Left ideology is towards destruction and bringing down social harmony.

SFI however alleges his arrest is politically motivated. It has started a social media campaign on #standwithcomradesrikanth and demanding his release.