NEW DELHI: At a time when some feel that it will be very tough for MS Dhoni to make a comeback to the Indian team, his former teammate Mohammad Kaif strongly believes that the Indian think-tank still does not have a replacement for the former India captain. Talking to TimesofIndia.com, Kaif said he had realized that Dhoni has the X-factor when he first saw the dasher from Jharkhand bat.

Kaif said, “I first saw Dhoni playing when I was the captain of the Central Zone in the Deodhar Trophy and he was playing for the East Zone, about two years before his international debut. We had made about 360 and he came at the number 3 spot to bat. We thought of attacking him, but he made 80-85 runs in the match off just 40-50 balls. So I had realized that time he (Dhoni) has that X-factor and a unique playing style and a great understanding of the game.”

“But before that, I had first heard about Dhoni from a friend who had seen him playing on TV, playing for India A, doing wicket-keeping with goggles on, has long hair and has that X-factor. Then soon, I got the chance of playing with him,” Kaif added.

Kaif was at the other end when Dhoni was run out on his ODI debut against Bangladesh in 2004 and was also in the team when Dhoni rose to fame with a rampaging 148-run knock against Pakistan in Visakhapatnam on April 5, 2005. 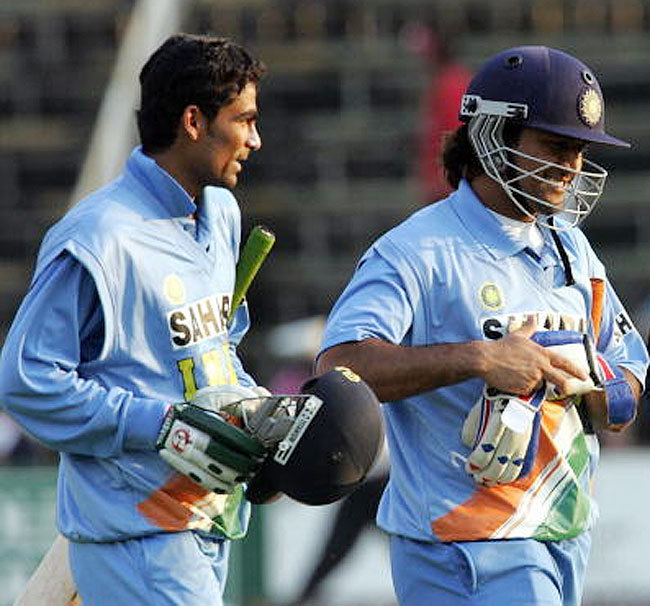 “When he (Dhoni) got run out against Bangladesh, no one knew about his match-finishing and match-winning capabilities. His first two-three innings weren’t so good, but then he got that chance in Vizag against Pakistan. I watched that innings very closely and I realized that this man is one for the long haul. It was hard to believe that someone could play that sort of an innings so early in his career. Hitting the ball is one thing and tearing the ball apart by brute force is another. He was just butchering the Pakistani attack apart. I hadn’t seen anyone batting like that till that time. So it was a good move to promote him to the number 3 spot,” Kaif recalled.

Kaif sounded confident of Dhoni’s comeback to the Indian team, even though he has not played international cricket since the ICC ODI World Cup semi-final last year vs New Zealand. Dhoni was expected to be back to playing competitive cricket at the now postponed 2020 edition of the IPL.

“People think that there is a gap and had he played in the IPL it would have been easier for him to make a comeback. But I don’t think so. Dhoni is such a big player, he is a proper match-winner who knows how to play under pressure at number 6 and 7 and he is absolutely fit. So in my mind Dhoni is the number one player. No matter how many players come, you cannot replace Mahendra Singh Dhoni, because I think that if you remove someone, then another player should be ready. And he scored runs in that World Cup match against New Zealand and had a good partnership with Jadeja. He played well in that match and almost won us the game.” Kaif, who played 13 Tests and 125 ODIs for India told TimesofIndia.com. 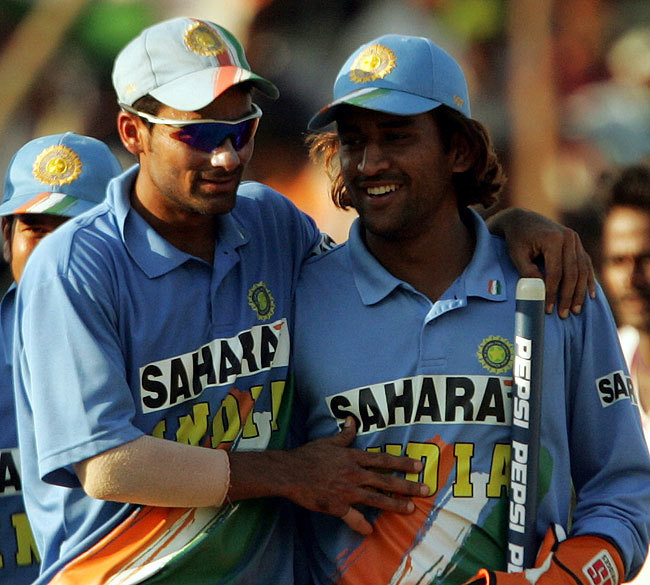 “There has been no replacement. So many players have been tried in place of Dhoni. I don’t think KL Rahul is a long-term option. He should always be the back-up wicket-keeper, if a keeper gets injured then Rahul should keep wickets. So you have to groom another keeper. Even Rishabh Pant and Sanju Samson haven’t been able to take the place of Dhoni. When you talk of Sachin, Dravid, you have had replacements like Kohli, Rohit, Rahane, Pujara. They have filled that void. But it hasn’t been the case with Dhoni. So I think Dhoni is still the number one wicket-keeper. He is amazingly fit and he should not be sidelined in a hurry,” Kaif asserted.

Apart from being one of the finest fielders in world cricket, Kaif is best remembered for guiding India to a nail-biting two-wicket victory against England in the NatWest final at Lord’s on July 13, 2002.

Recalling the title victory and his match-winning partnership of 121 runs with Yuvraj Singh, Kaif said, “The fact that I knew Yuvraj from the beginning was a big factor in our stand. I have known Yuvraj since long. We knew each other’s game, the understanding that we had, that was a very big factor. There is always a comfort factor when you are playing with a person you know. These small things make a big difference. Had it been any other player, then maybe it wouldn’t have been the same. The left-right combination also made a big difference. In the middle overs, no captain or bowler likes a left-right pair at the crease.” Kaif, who was adjudged Man of the match in that game said.

Chasing 326, India were tottering at 146/5, with captain Sourav Ganguly, Virender Sehwag, Rahul Dravid and Sachin Tendulkar all back in the pavilion, when Kaif came in at number 7 to join Yuvraj at the crease.

Recalling that epic win Kaif said, “The focus of England players was on the big batsmen like Sachin, Sehwag, Ganguly, Dravid. We (Kaif and Yuvraj) were relatively newcomers, so I think they hardly knew anything about us and then how could they plan against us when they didn’t know anything about us. We didn’t have a big reputation. So there was hardly any pressure on us and that was an advantage for us.” 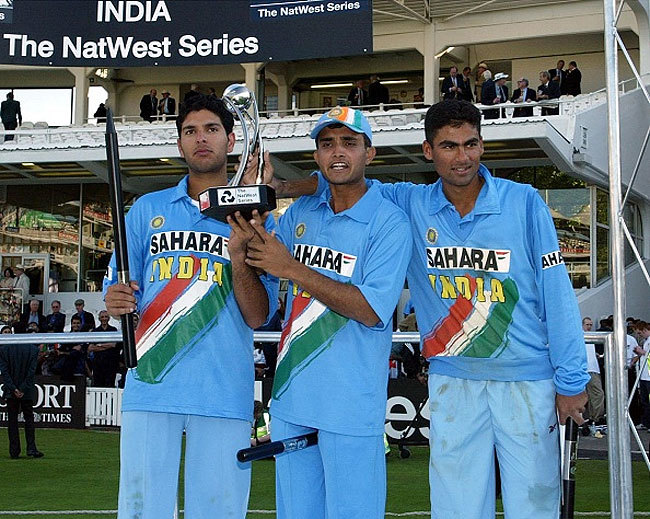 Recalling the incident during the match when Ganguly signalled to Kaif from the dressing room to give Yuvraj the strike, Kaif said, “Yuvraj is a tremendous striker of the ball and knows how to hit fours and sixes easily and my role was to take singles and go for the shots later after getting set. So he (Ganguly) was asking me take singles and give the strike to Yuvraj as the required run rate was 8-9 per over and Yuvraj was playing in full flow. Any captain would have done that.”
Yuvraj had recently revealed during an Instgram chat with Kaif, that after hitting a short pitched delivery for a six soon after that, Kaif came to him and said ‘Hum bhi khelne aaye hain’ (I have also come to play).
“I had tremendous belief in myself and my capability. We (Yuvraj and I) had it in our minds that youngsters like us have to play with full responsibility and win matches for India,” Kaif recalled.
Kaif also recalled how he felt for some time that the match was lost once Yuvraj got out after a magnificent 69-run knock. “But Harbhajan scored 15 precious runs and asked me not to play rash shots. That made a big difference and the required run rate fell,” Kaif said.
Kaif remained unbeaten on 87 and India won with 2 wickets in hand and three balls to spare. The victory is considered one of the grandest wins in the history of Indian cricket.