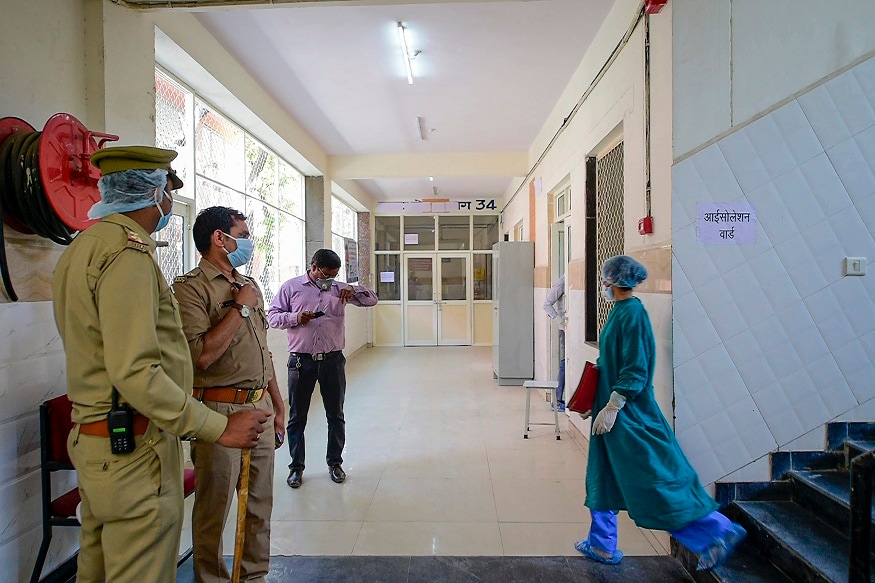 The family of the pregnant woman who died after being allegedly refused admission by several Noida and Ghaziabad hospitals asked authorities on Sunday to set a precedent to ensure that no hospital turns away a patient.

“A penalty on hospitals is not justice. Giving the family a monetary compensation is not the remedy. A patient should get admitted in a hospital and get treatment,” victim woman’s brother in-law Shailendra Kumar said.

“Life and death are in the hands of the Almighty, but at least they can try,” he said referring to hospitals.

A 30-year-old woman, requiring urgent medical attention in the eighth month of her pregnancy, died on Friday after shuttling around from one hospital to another with her husband in Gautam Budh Nagar and Ghaziabad.

One after one, a total of eight hospitals, including the government ones, in the two cities had allegedly turned Khoda resident Neelam and her husband Vijender Kumar during their 13-hour frantic bids for admission to a hospital.

Following the woman’s death in absence of treatment, the Gautam Buddh Nagar district administration ordered a probe into the matter on Saturday.

Congress leader Priyanka Gandhi Vadra and Samjawadi Party chief Akhilesh Yadav have slammed the Uttar Pradesh government over the woman’s death, saying it should take the incident as a “warning” and make full preparations so that no life is lost.

Responding to the development in political circles, victim’s brother-in-law Kumar said, “I want everyone to raise this issue prominently so that something like this is not repeated. Nobody should die because of lack of treatment or health care.”

Kumar said he would soon be writing to the state government and the district administrations of Ghaziabad and Gautam Buddh Nagar to seek justice and appeal for action against those responsible for Neelam’s death.

“It’s the time of mourning for us. We have just returned after immersing the ashes. I will write to the government and the administrations tomorrow,” he said.

Kumar said the family wants “action” and justice and “not words”.

He said since his sister-in-law’s death on Friday night, only a local tehsildar (revenue department official) reached out to the family to assure them of “appropriate action”.

“But we want justice,” he said.

Kumar also accused the government of trying to save government hospitals of their culpability in denying treatment to his sister in-law.

“The administration and the government know how to fix such problems. Now they are trying to save the government hospitals but instead of doing that, they should act and punish the guilty. Set a precedent that nobody in need of treatment is turned away and left to die,” Kumar added.

He also recounted how his brother and sister-in-law were “harassed” by a government hospital, which issued a receipt of Rs 4,500 for a COVID-19 test from a private hospital, which later rejected them admission.

“We left in an autorickshaw from Khoda in the morning. Around 2.30 pm we tried to get an ambulance from 108 but it did not work out. Around the same time, my brother called up the police emergency number 112 for help. The policemen arrived and tried to help. They spoke to officials at the Government Institute of Medical Sciences (GIMS) in Greater Noida but my sister-in-law was still not admitted,” Kumar claimed.

Later, he said, they got an ambulance service from the private Sharda Hospital for which they had to pay Rs 5,800.

“I have receipts of all such transactions. And footage of policemen could be checked at GIMS hospital. They must be having CCTV cameras. The only point I want to make is that hospitals can make money, but at least admit a patient,” he added.