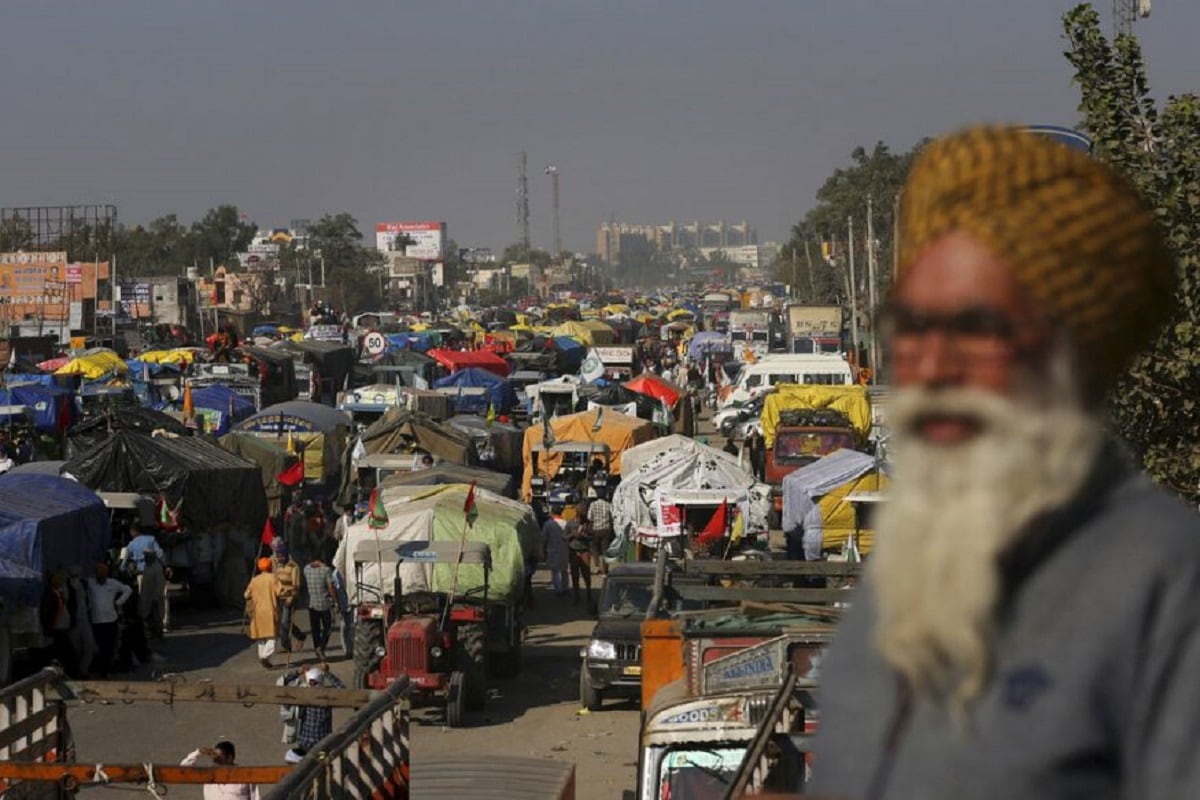 New Delhi/Chandigarh: A day before the eighth round of talks, the government and the farmer unions stuck to their respective positions on Thursday — the agitating farmers took out tractor rallies to press their demand for rollback of new agri laws and the Centre asserted it is ready to consider any proposal other than their repeal. As both sides looked for a resolution to the over one-month-long deadlock, rumours about some states being allowed to opt out of the central laws started doing the rounds, but the agitating unions said they had not received any such proposal from the government.

Union Agriculture Minister Narendra Singh Tomar too answered in the negative when he was asked by reporters if there was any proposal to give state governments the freedom to implement the new laws. Tomar, along with Food Minister Piyush Goyal and Minister of State for Commerce Som Parkash, has been leading the government’s negotiations with 40 protesting farmer union leaders.

The latest round of talks to be held at Vigyan Bhavan at 2PM on Friday is crucial as the previous meeting on January 4 remained inconclusive with both sides sticking to their positions. There was some breakthrough in the sixth round of talks on December 30 when the government conceded to two demands of the agitating farmers pertaining to power subsidy and stubble burning. The previous rounds of talks had failed to make any headway. Farmer leader Shiv Kumar Kakka, a senior member of the Samkyukt Kisan Morch, said that unions have not received any proposal for allowing some states to opt out and asserted that they will reject the same if it is sent to them.

“I want to make it clear that Samkyukt Kisan Morcha has not received any proposal on allowing states to opt out of the three farm laws. We will not accept anything less than the repeal of three agriculture laws and a legal guarantee on minimum support price for our crops,” Kakka told PTI. “If it is true (about any such proposal), it is a divide and rule strategy by the government,” the farmer leader also said.

The Samkyukt Kisan Morch is an umbrella body of around 40 farmer unions protesting at several Delhi border points for the last 43 days against the new agri laws. Bhartiya Kisan Union (Ekta Ugrahan) chief Joginder Singh Ugrahan, who is also a senior member of the Morcha, denied receiving any proposal from the government.

“We have not got anything (any new proposal) from the government,” Ugrahan told PTI. During an interaction through Facebook, Swaraj Abhiyan leader Yogendra Yadav, who is actively participating in the ongoing protest against the new farm laws, accused the government of “fuelling such rumours”.

“It is being discussed in the media that the government has sent a proposal to farmer unions. We have not received any proposal from the government’s side,” Yadav said. Earlier in the day, renowned religious leader Baba Lakha met Union Agriculture Minister Narendra Singh Tomar, even as the latter denied giving any proposal to the former.

Tomar said that the government is ready to consider any proposal other than repeal of three farm laws, the key demand of the protesting farmers. “I cannot say “I cannot say anything right now. In fact, it depends on what issues that will come up for discussion in the meeting,” Tomar told reporters when asked about the likely outcome of the January 8 meeting.

Punjab BJP leaders Surjit Kumar Jyani and Harjit Singh Grewal met Union Home Minister Amit Shah here on Thursday. After the meeting, Jyani told reporters that the farmer unions should not be adamant on their demand for repeal of the three farm laws.

He also alleged that Left leaders have entered into the movement and do not want the matter to be resolved. Grewal asserted that the government is ready for everything that is in farmers’ interest.

Thousands of farmers on Thursday took out tractor marches from protest sites of Singhu, Tikri and Ghazipur borders and Haryana’s Rewasan as the agitating unions asserted they would not accept the Centre’s offer of amendments to the three farm laws. According to the protesting farm unions, these marches were a “rehearsal” for their proposed January 26 “Kisan parade” to the national capital from different parts of Haryana, Punjab and Uttar Pradesh.

The tractor marches started from four different points — Singhu to Tikri Border, Tikri to Kundli, Ghazipur to Palwal and Rewasan to Palwal. The protesting unions claimed the marches were “a grand success”.

Enacted in September, the three farm laws have been projected by the Centre as major reforms in the agriculture sector that will remove the middlemen and allow farmers to sell their produce anywhere in the country. However, the protesting farmers have expressed apprehension that the new laws would pave the way for eliminating the safety cushion of the MSP and do away with the “mandi” (wholesale market) system, leaving them at the mercy of big corporates.