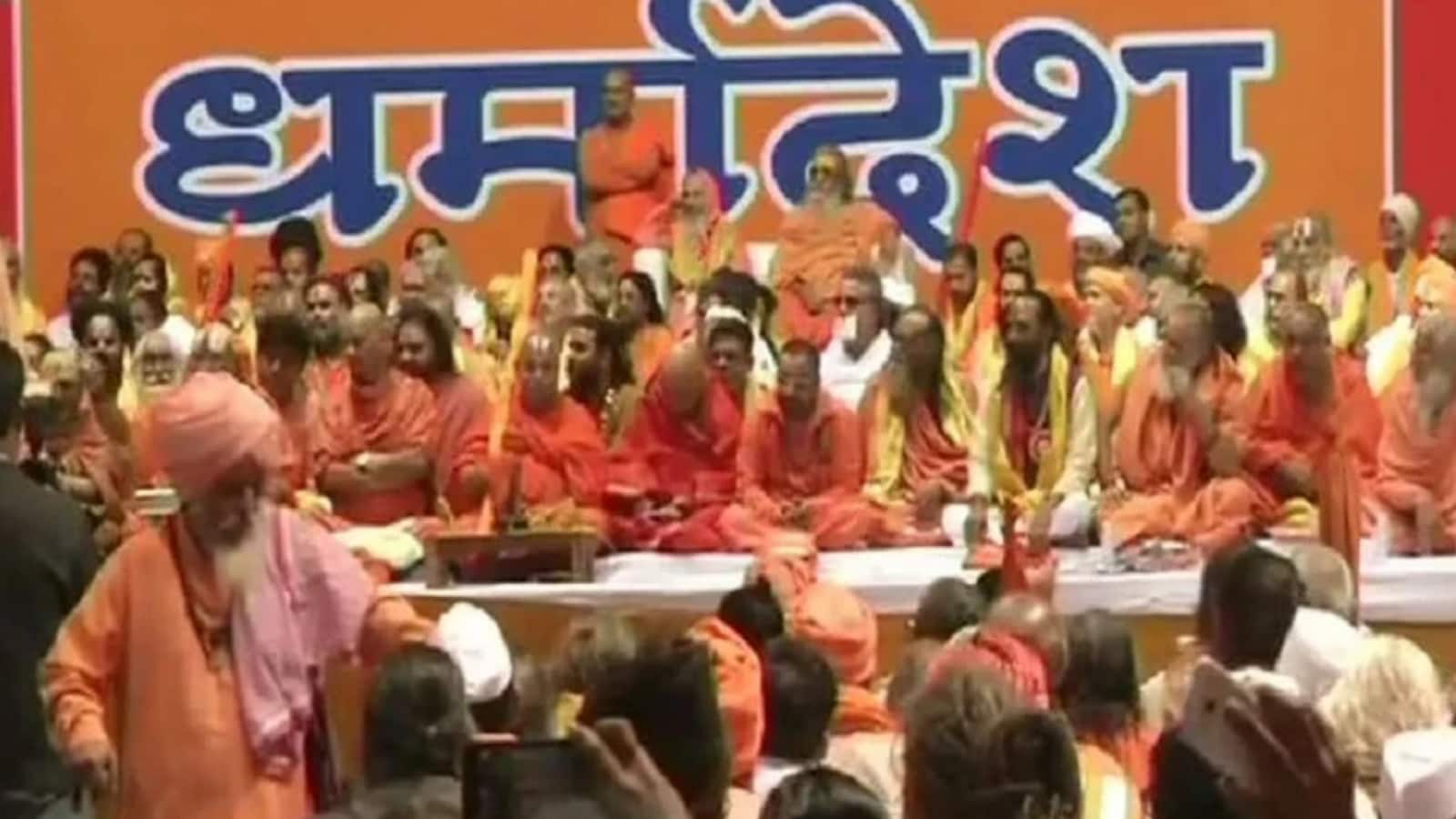 The Akhil Bharatiya Sant Samiti, a top body of Hindu seers and religious leaders of India, on Friday put forward a demand for a Sanatan Censor Samiti. The development has come at a time when a film based on the Ramayana, Adipurush, has courted controversy over its portrayal of Ravana and other characters.

Yatendrandranand Maharaj of Haridwar in the meeting demanded the formation of a Sanatan Censor Board, citing the Prabhas and Saif Ali Khan starrer.

Jeetendranand Maharaj, general secretary of the Akhil Bharatiya Sant Samiti, seconded the demand, while he called the government’s Censor Board and its head Prasoon Joshi ineffective.

“There are movies and other platforms where saints are projected in a bad light. They are shown as criminals while wearing bhagwa and tilak. It is after we made such a hue and cry against the Ashram series that the government woke up to it. We should have a Sanatan Censor Board,” he said.

The saints also maintained that the Waqf Board Act should be revoked in the next Parliament session as it is “a larger conspiracy by the community to take over temple lands”.

While the Bharatiya Janata Party has shunned its former spokesperson Nupur Sharma for her controversial remarks on Prophet Muhammad, the Sant Samiti stood firmly behind her.

“If 57 countries can be united against Nupur Sharma, then if there is any attack on Sanatana Dharma we should be united as well,” added one of the saints present.

Chidambaram Maharaj defended Nupur Sharma. “Nupur said nothing wrong but the murders committed after it were blamed on her. These people (against Nupur) have a strong ecosystem. Mohammad Zubair’s name was sent for a Nobel Prize nomination,” he said.

Those present said that Prime Minister Narendra Modi had once told them “Bharat ki Janta” listens to saints and that saints need to address society on pressing issues.

Another participant said that had saints and workers of the Vishva Hindu Parishad (VHP) not come out on the roads, Sharma would have been killed.
Harihar Anand of Mainpuri said that those who killed Rajasthan tailor Kanhaiya Lal should be taught a lesson in their own language.

‘Abolish the word minority and the ministry for it’

The saints present in the meeting said that when there is a law of equality then society should not be divided between majority and minority.

“The Akhil Bhartiya Sant Samiti resolved that the minority word should be abolished and so should the minorities ministry,” said the general secretary of the Sant Samiti as all the participants raised their hands in support.

The saints said that while BJP-governed states made vaccination for lumpy disease in cows available, Rajasthan’s Ashok Gehlot government did not.

“Why could the vaccination not be given in Rajasthan? We were ready to pay,” they said.

In the meeting, a list of “dharmadesh” given to the government and accomplished by BJP governments was given. These include the verdict in the Ram Janmabhoomi temple case and its construction, abrogation of Articles 370 and 35A, non-Muslims who were harassed and faced atrocities being given refuge through CAA, constituting Gau Samvardhan Council, construction of the Kashi corridor, works on Ujjain Mahakal, Maa Vindhyavasini corridor in Mirzapur, PM’s visit to Kaldi village in Kerala, the birthplace of Acharya Shankara, renovation of Kedarnath Dham, improving roads to Char Dham, and Ram Van Gaman Marg development.