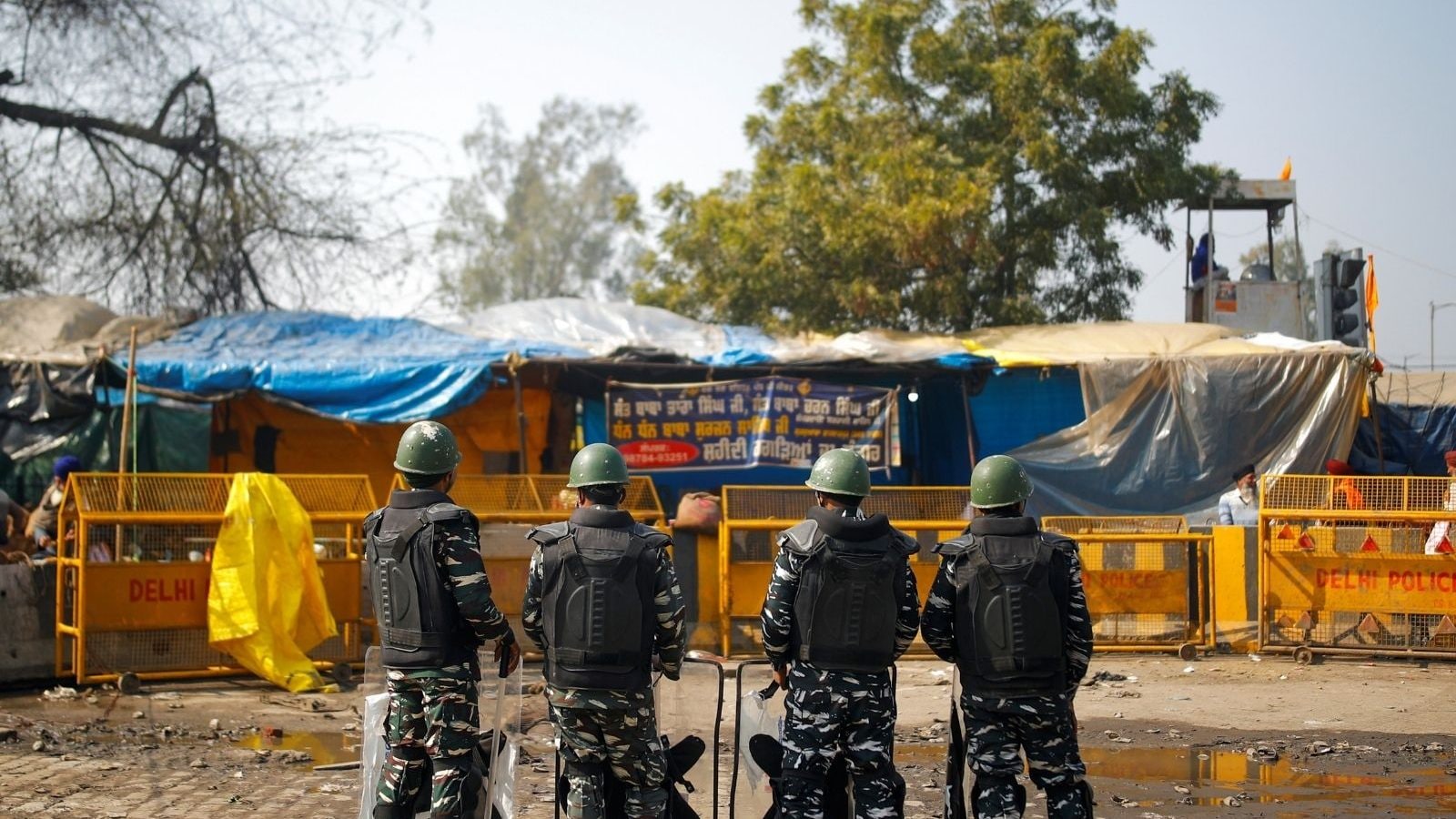 Police officers in riot gear stand guard near the site of a protest against the farm laws at Singhu border. (Reuters)

On October 12, Lakhbir Singh was lynched, his hand chopped off and his body tied to a metal barricade at the protest venue at Kundli near the Delhi-Haryana border.

National Commission for Scheduled Castes Chairman Vijay Sampla on Tuesday said the Haryana government has released half of the compensation amount to the next of kin of a Dalit man, who was lynched at a farmers’ protest site at the Singhu border. On October 12, Lakhbir Singh was lynched, his hand chopped off and his body tied to a metal barricade at the protest venue at Kundli near the Delhi-Haryana border, a gruesome incident being blamed on a group of Nihangs.

In a statement, Sampla said through the Prevention of Atrocities Act, Singh’s family will get Rs 8.25 lakh compensation. “Besides this, the young daughters of Lakhbir Singh will get free education and money for living and the victim’s mother will get a monthly pension. The commission had requested the Haryana government to ensure immediate release of financial aid so that the family, who had lost their breadwinner, can meet their daily requirements,” Sampla said. On Tuesday, the Haryana government released the first instalment of the compensation amount and Rs 4.15 lakh has been transferred to Singh’s wife’s bank account, he added. Sampla said those organisations and individuals, who have given a call of boycotting the victim’s family and those who are actually boycotting it, will also be punished under the Prevention of Atrocities Act. In a video clip of the October 12 incident that has gone viral on social media, some Nihangs are seen standing as Singh lies on the ground in a pool of blood with his chopped off left hand lying next to him.

The Nihangs are heard in the clip saying the man has been punished for desecrating a holy book of the Sikhs.