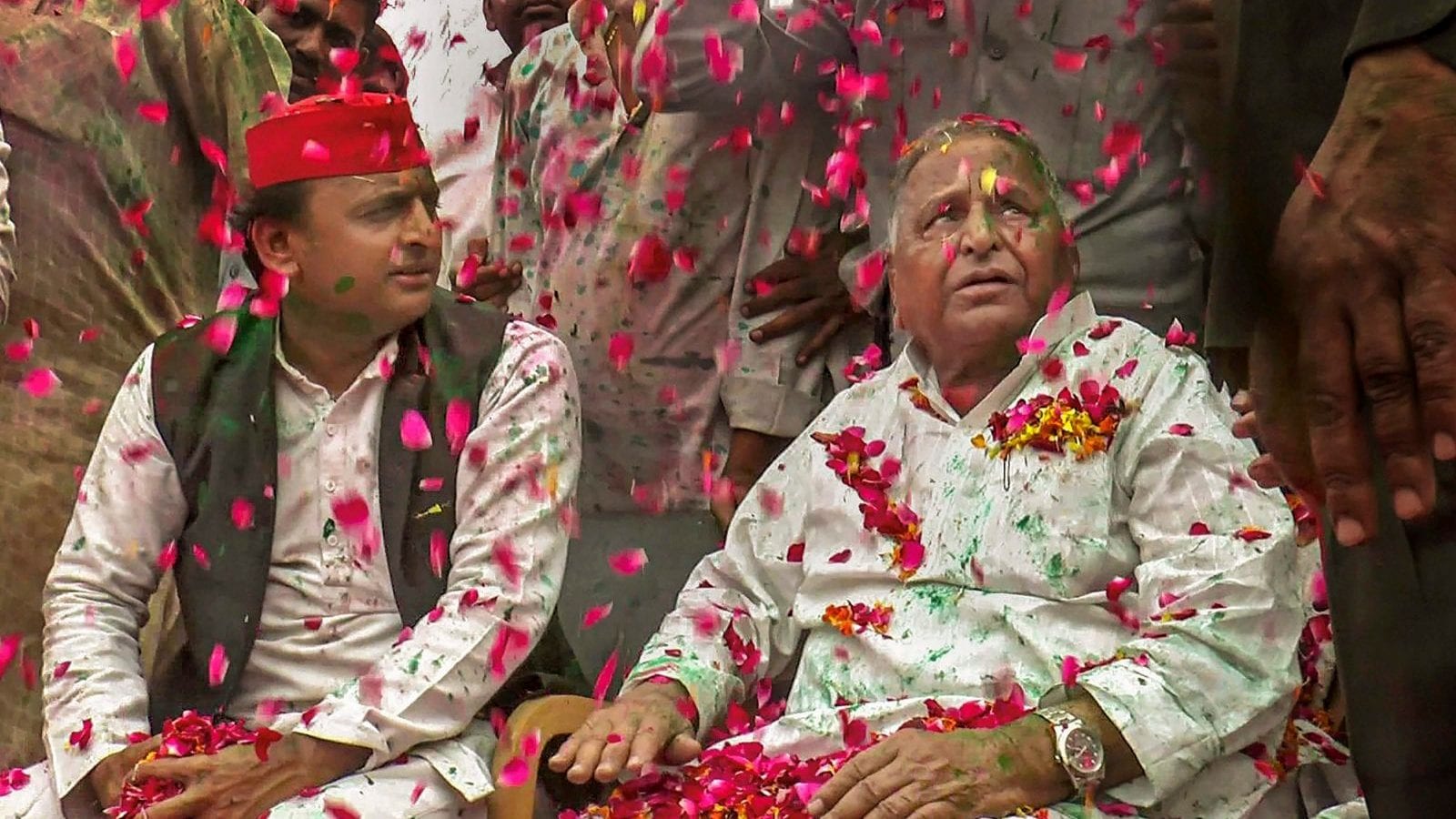 Samajwadi Party founder Mulayam Singh Yadav, who died on Monday at a hospital in Gurugram after prolonged illness, spawned the state’s most prominent political clan. Saifai’s first family saw several relatives of ‘Neta-ji’ enter politics, while others are linked to various parties by familial ties. Born in November 1939, Mulayam served as the chief minister of Uttar Pradesh for three terms as well as helmed the Defence Ministry under the HD Deve Gowda government.

The Yadav clan, one of the most powerful among political families in India, not only wielded considerable clout but also saw several ups and downs as the struggle for power threatened to rip open not just the party but also the family.

News18 takes a look at the family tree of Mulayam Singh Yadav:

Mulayam Singh Yadav was married twice. His first wife Malti Devi, with whom he had son Akhilesh Yadav, passed away in 2003 after a prolonged illness. Akhilesh Yadav is married to two-term Kannauj Lok Sabha MP Dimple Yadav.

In 2007 came the first official confirmation of the SP patriarch’s second marriage when he filed an affidavit in the Supreme Court in connection with his income. The document listed Sadhana Gupta as his second wife and Prateek Yadav (her son from an earlier marriage) as his son.

Prateek Yadav is married to Aparna Yadav who ruffled many a feather in the Yadav clan when she decided to join the Bharatiya Janata Party (BJP), much against the wishes of her father-in-law. Aparna, who hails from a Thakur-Bisht background, is also a trained and qualified classical singer. She had made her desire to join politics public in 2017 when she contested the UP assembly elections from Lucknow Cantt on a Samajwadi Party ticket. The decision of Mulayam’s ‘chhoti bahu’ to join hands with the saffron party had caused much embarrassment to the family and the SP.

Another relationship of the SP patriarch which has been in the news has been his bond with younger brother Shivpal Singh Yadav, who quit the party and floated the Pragatisheel Samajwadi Party.

The feud with Shivpal owes its genesis to Akhilesh Yadav’s elevation as chief minister in 2012, which made Mulayam’s younger brother feel sidelined and gave birth to two factions within the Samajwadi Party. While one of the groups backed Akhilesh and enjoyed the support of party national general secretary Ram Gopal Yadav (his father’s cousin), the rival faction backed Shivpal and had the backing of Mulayam Singh. As the feud worsened, Akhilesh fired his uncle twice from his Cabinet. The climax of the public battle came when Mulayam expelled his son from the party for six years on grounds of indiscipline.

However, this was not the end of the Samajwadi saga. When Akhilesh’s expulsion was revoked a day later, he stripped his father of his responsibility as president of the Samajwadi Party and following a national convention in January 2017, he was named the party’s ‘chief patron’. Mulayam dubbed the event illegal and expelled his cousin Ram Gopal Yadav for convening it. But the order was reversed by the Election Commission of India.

Just weeks before the state assembly elections, the EC gave the nod to Akhilesh’s camp to use the official party symbol and a spurned Shivpal announced plans to form the Samajwadi Secular Morcha with Mulayam at the helm.

Months later, Mulayam Singh Yadav dismissed the buzz and asserted that he would not be forming or joining a new party.