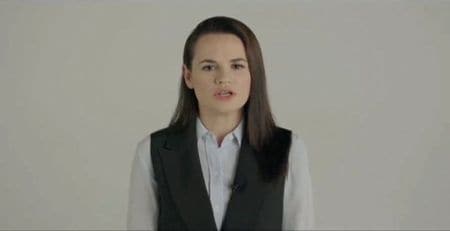 Belarus is facing its biggest political crisis since the breakup of the Soviet Union, with tens of thousands of demonstrators rejecting Lukashenko’s victory in an Aug. 9 vote his opponents say was rigged.

Opponents of Lukashenko a body, the Coordination Council, last week with the stated aim of negotiating a transfer of power. Belarus launched a criminal case accusing it of an illegal attempt to seize power.

“The aim of the Council is to run a dialogue with the current authorities. I hope that dialogue will take place soon. However, the first condition is the release of political prisoners,” Tsikhanouskaya told Gazeta Wyborcza daily in an interview published on Monday.

Tsikhanouskaya, a political novice, emerged as the consensus opposition candidate after better-known figures, including her jailed activist husband, were barred from standing. She fled to neighbouring Lithuania after the Aug. 9 vote.

She said that she would not run again if a new election were held, but expected her husband might. She would see herself working in human rights organisations, she said.

“It is too early to talk about it though. The main goal is a new election,” she said.