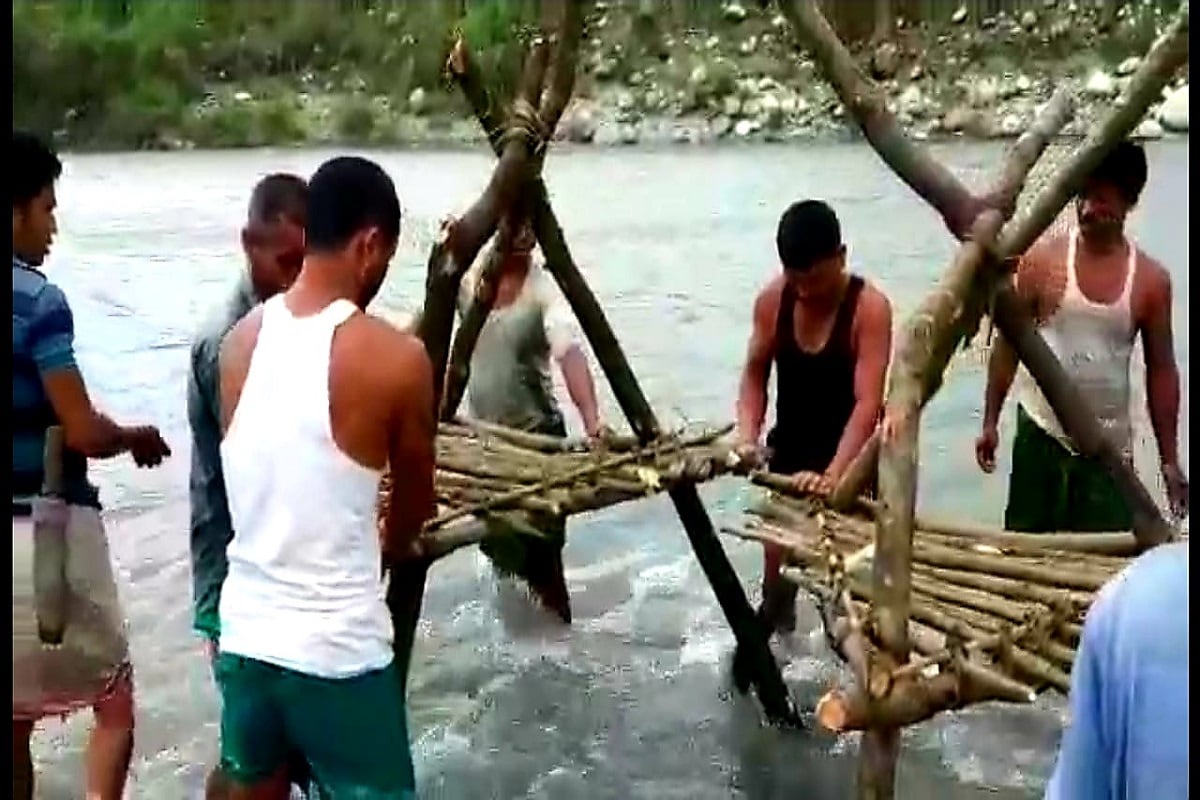 Every year, people in Assam literally bends the river flowing along the Indo-Bhutan border into their villages to beat the acute water crisis. This decades-old water management and distribution system which now has become the lifeline for villages of Assam is called dong. In other words, the dongs are channels that originate at rivers and constitute a community-managed water distribution system.

This practice is primitive in the border side areas as it helps several people to cope up with the water crisis they have been facing since long.

“The practice of constructing Dong’s started from 1950. We make the Chawalkare Hastinapur Dong. The process is simple as we construct crude stone dams in Pagladia River, flowing along the Indo-Bhutan border of Assam. A triangular structure with wooden pole called Trikathi is erected in the river. Then boulders collected from the mountain river is put inside the Trikathi. Many such Trikathis are arranged in a series across the river with stones. This forms a crude dam which helps to channelise the river water into big canal which leads the clear river water into the village. These canals are dug manually,” explained Prithivi Villas Bhattarai, Secretary Chawki Bandh Dong Committee.

Water flowing through the earthen canal is then distributed into respective villages through a chain of sub-canals, which is locally called the Shakhas and Prashakhas. There is a fixed time for the release of water into these sub-canals, which normally is done twice a day. One dong caters to the need of approximately 30 villages.

“The main canal is approximately 20 kms long as the river is quite far from the village area. It is compulsory that one male member of every household participate in construction of the dong. We go to the river and stay there for five to six days till the dong is constructed,” said Bhattarai.

The dongs are constructed every year as water gushing down the mountain river during the rainy season washes them off. The water brought into the villages through dongs is being used for drinking and irrigation purpose. “We use the dong water to irrigate our vast expanse of Areca fields,” he added.

According the Dong committee, participation in construction of the dong is compulsory and if someone fails to do so then he has to pay a fine of Rs 250 for each day. Similarly, there are relaxation for household which do not have male members or have people with any disability and elderly members.

“The cases related to theft of water from the Prashakahs are handled strictly at the committee courts. Supply of water is stopped for a certain period of time as a penalty for the offence. Matters are resolved in the committee” said Bhattarai, adding “MLA and minister also need to participate in dong making and if they cannot then they should send their representatives.”

There are 14 dongs so far which act as an efficient water supply system and irrigation mechanism. It help in improving the quality of life of at least 70,000 families in Baksa, Nalbari and Kamrup districts of Assam. The dongs have served a long history of cooperation between the people of Bhutan and Assam over the maintenance of dongs and an informal early warning system on floods. Villagers, NGOs and local administration from both sides of the border are proud of this long-standing cooperation.